As efforts are ramped up to minimise emissions of modern vehicles and improve fuel efficiency during the current cost of living crisis, the use of fuel additives is under the spotlight once again as a potential solution to soften the price of filling up. 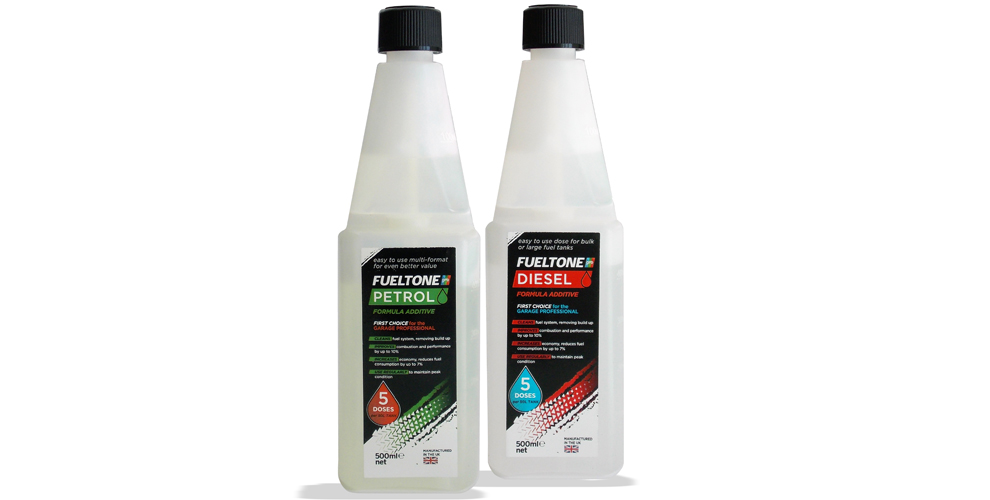 Research carried out by Aberdeenshire-based fuel additives developer Fueltone Pro has found that the latest advances in additive chemistry are delivering savings of at least a tank of fuel per year or as much as £80, where drivers are doing a Department for Transport (DfT) average estimate of 6800 miles each year.

Figures released by the DfT in 2021 show that drivers make on average 6,800 miles of driving per year, however this is expected to be far higher in real terms for business users. Using DfT figures and an example tank size of 50 litres, drivers can expect to fill up 15.5 times, but only 14.7 times when using fuel additives.

“The relatively modest figures in the DfT mileage estimates still show a benefit of using petrol or diesel additives. Given that we know drivers are now covering more miles as the country recovers from the post-pandemic legacy, the fuel efficiency gap will only increase, putting more money back in drivers’ pockets,” O’Connor adds.

Fueltone’s range of fuel additive and engine flush products sit alongside DPF solutions, that in independent and field tests yielded up to a 14 percent increase in fuel efficiency and up to an 86 percent reduction in particulate emissions.

Earlier in 2022 DPF cleaning and testing was under renewed spotlight following a Ten Minute Bill in the House of Commons, raised by veteran Labour MP for Huddersfield, Barry Sheerman, to update the MOT test for diesel cars, specifically in the testing of DPFs.