Amid widespread efforts to minimise the environmental effects of modern vehicles, diesel particulate filters (DPF) are under renewed scrutiny as a key component in reducing harmful pollutants.

Diesel-powered vehicles all feature a DPF as part of the vehicle’s exhaust system, and if partially clogged with particulate, it increases back pressure in the engine, affecting fuel economy and reducing power, and over time can cause serious issues. 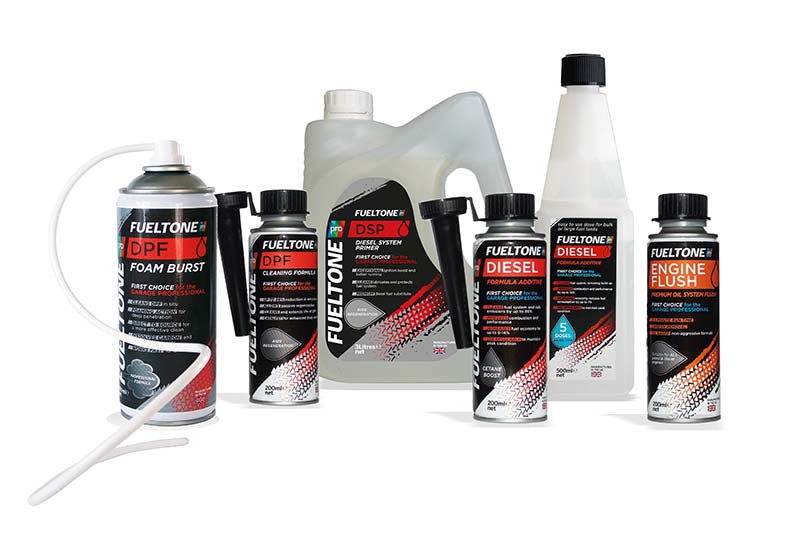 Charlene O’Connor, chief executive officer of Fueltone Pro, said: “Many aftermarket businesses have solutions in place to improve air quality, and this is part of the sector’s wider aims to raise standards in vehicle service and repair.”

DPF cleaning and testing is under renewed spotlight following a Ten Minute Bill in the House of Commons, raised in February by veteran Labour MP for Huddersfield, Barry Sheerman, which would update the MOT test for diesel cars, specifically in the testing of DPFs.

On his website, Sheerman said: “I believe air pollution is one of the greatest public health crises of our time and that good policy can help to reverse some of its distressing implications.

“My Bill calls for the Government to update the MOT test to include an efficiency test for DPF filters with an emission limit set at 250,000 particles per cm3. This would identify dangerous filters and ensure that they are taken off the road and fixed,” Sheerman wrote.

“While new legislation may help, the enforcement of current legislation around the illegal removal of DPFs would support the UK’s drive towards improved air quality,” O’Connor comments.

Fueltone has two product lines that optimise running of diesel particulate filters. The company’s Fueltone Pro DPF 200 product reduces the load on the DPF itself by vastly reducing filter-blocking particles, and by adding a fuel-tank based catalyst to make it easier for the filter to regenerate.

The other application is Fueltone Pro DPF Foam Burst which is applied to the DPF in situ via a sensor port when the filter is blocked. The foam expands though the filter and burns away any particulate, saving time and costs on expensive repairs.

Charlene O’Connor said: “Because of the emissions reduction in our diesel fuel additive, we realised there was an opportunity to help DPFs. Because our core diesel additive is great at cutting emissions, we decided to use that mix as the base with some additions that specifically helps the DPF regenerate. This is a common problem if your vehicle is only driven in urban settings.

“We added a catalyst, which is a chemical that speeds up chem reactions, within the DPF itself, acting to help remove carbon, soot and ash from the filter,” O’Connor explains.

Fueltone’s DPF solutions sit alongside a range of fuel additive and engine flush products that in independent and field tests have yielded up to a 14 percent increase in fuel efficiency and up to an 86 percent reduction in particulate emissions.

Amid widespread efforts to minimise the environmental effects of modern vehicles, diesel particulate filters (DPF) are under renewed scrutiny