Fueltone is one of Colin Mcirvine’s sponsors and we have supported and cheered on this novice racer through his first full season! Colin is currently on a season high, getting his first podium spot and personal best at Boyndie beside Banff. Being his first full season of racing, Colin describes it as a learning curve from start to finish and went into the season just looking to gain experience and feel his way into the sport.

Fueltone spoke to Colin about this racing season. 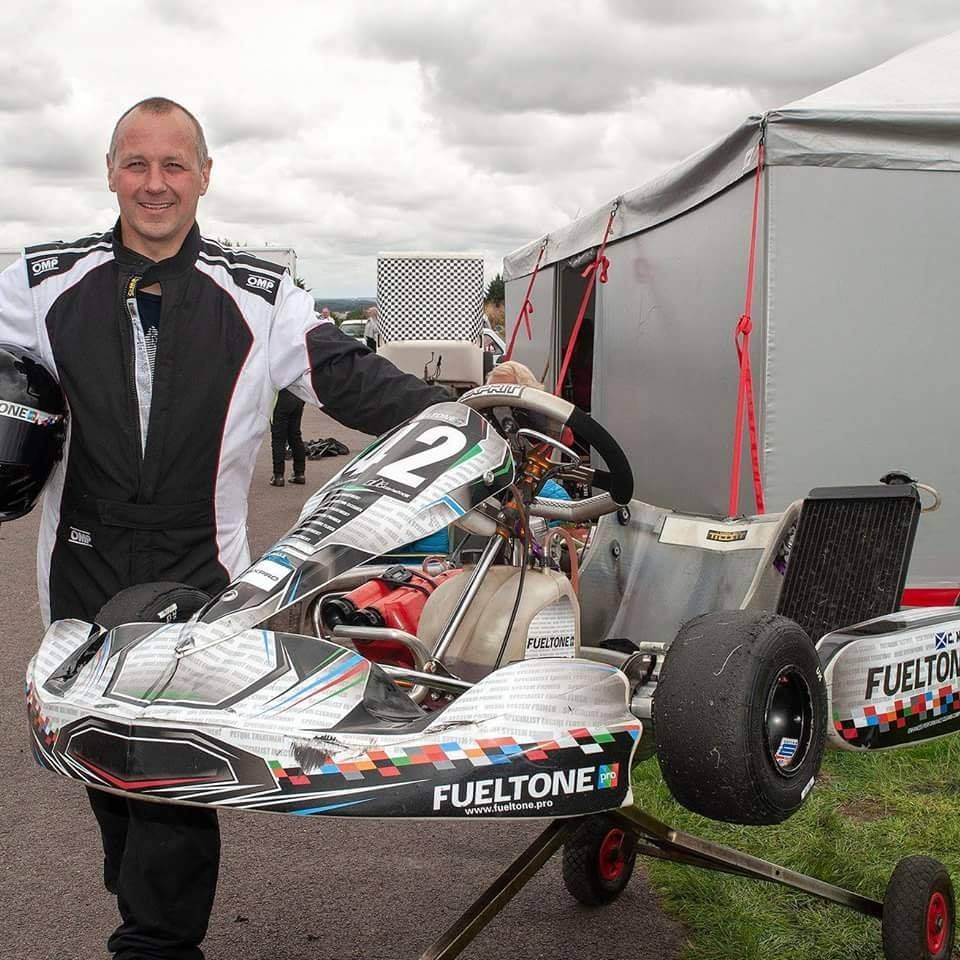 How was race season?

Having started as a novice (ie the back of every race), I gained places in most races and got a PB at Sunday’s event in Boyndie and the first time on the podium, coming in third place. I have been competing in two championship leagues this year: the Scottish Super Seriesone where I finished 9th in my first full season (number 42N as I was a novice this year and started off the back at every race) and theBoyndie Open Challenge, which I am currently sitting in 3rd place (with 5 points behind 2nd place) with one more race to go in! Again, this is my first full season racing in this league. It’s been a great learning year for me, I have gained experience as I go and my pace is picking up all the time!

Who do you race with and what sort of kart do you use?

I am a member of Grampian Kart Club at Banff and travel to the three other tracks in Scotland, which are Larkhall near Glasgow, Crail in Fife and Golspie in the Highlands.

I race an Exprit kart with a 125cc two-stroke KZ10b engine and a 6 speed gearbox. Some tracks I race on, the kart reaches between 85mph and 95mph. This type of kart can be geared up to over 110mph on bigger tracks though!

Had you heard about Fueltone before you starting working together?

I do all my own mechanics and maintenance on the kart and came across Fueltone online before the season. I contacted Robbie and we spoke about the products and sponsorship. Additives and engine treatments are not allowed on the karting scene, so I use Fueltone in my own car (which is a Diesel) and can happily report improved miles to the gallon. I really appreciate the sponsorship and support from Robbie and Fueltone!

What can we expect to see from you next season?

Next year (if finances allow) I am intending to attend a couple of rounds in England, possibly at Rowrahin Cumbria, as well as the Scottish Kart racing scene.

I have really enjoyed my first full racing season and having moved on from being a novice, will be able to start all races next year in a mixed position through the grids (as opposed to starting from the back in every race). Again, I would like to thank Robbie and Fueltone for the sponsorship and support, hopefully I have done the team proud. I will be rebuilding the kart again for next year over the winter months; and hopefully find some sponsorship for next year too!