Demonstrating Improvement With The Fueltone Subaru

It’s no secret in the Fueltone family that one of our Area Sales Manager’s, Cameron Gray, manages to indulge in his passion for cars through his work. Cameron recently featured in an editorial in the Scots Auto Scene magazine (September issue) talking about the Fueltone Subaru. 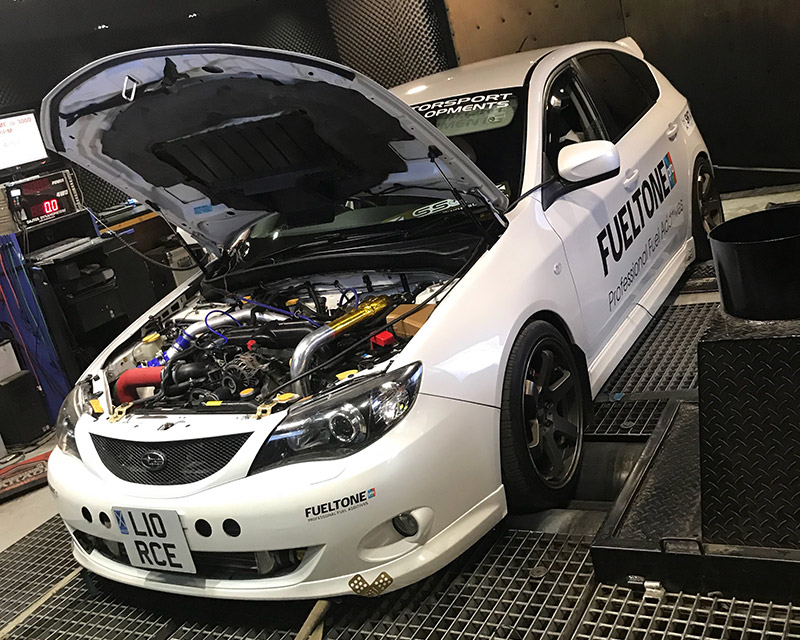 Cameron’s “day job” involves visiting independent garages across central Scotland to highlight the benefits that the company’s products can have for their business and customers; but to enhance Fueltone’s value proposition to the trade, he has a side project that showcases the positive effects of its range of fuel additives to the general public. This side project is a Subaru 2008 Impreza WRX Hatchback which has now become one of the vehicles in the Fueltone fleet.

Cameron explained. “Liveried up with the Fueltone logo and also the Scottish Motor Trade Association’s logo, with whom we are partnered, I regularly attend car shows, cruises and motorsport events around Scotland with the Subaru where we usually have a trade stand or a display of products and info. The main reason behind doing this is to bring Fueltone into the public’s eye and not just the trade where we have already been tried, tested and proven to work.”

Currently, Cameron is engaged in a project to increase the power of the car with RA Motorsports in Perth and he says Fueltone’s products have been key to achieving some pretty phenomenal results. “We decided this would be a perfect time for a comparison test with Fueltone against purely pump fuel. I drained the tank completely and filled with 30 litres of Tesco Momentum 99 Octane Petrol. We then started to tune the car to this alone.”

“After some wizardry on his laptop and tweaking Russ managed to get the car up to 356.6bhp and 362.3lb/ft of torque, an amazing result in itself.”

“I then added 50ml from a Fueltone Petrol Multishot to the tank, took the car for a quick spin round the industrial estate and put back on dyno. We then re-tested the car with additised fuel. The results were a staggering 367.4bhp and 370.4lb/ft of torque!”

Such an improvement alone as a direct result of the Fueltone additive isn’t the only benefit the products can have. Fueltone additives help clean and protect vehicle internals, preventing damage from clogged fuel systems and contributing to better fuel economy.